Living with a Leaf

My girlfriend got a Leaf.

It’s one of those things that makes me feel like I’m living in the future. I didn’t get my weekend trips to the moon, I didn’t get jetpacks, and I sure as heck didn’t get underwater cities, but at least the future has given us reasonable, electric cars.

The Leaf is not a bad little car. It’s actually much zippier than our Prius, as long as you aren’t driving in Eco mode, and handles fairly well. It’s odd driving down the freeway at 65 and not hearing an engine. Range is about 75 miles, give or take — and there’s a lot of give or take. Using the climate control, either heat or AC, will reduce mileage about 20%, and, annoyingly, the car defaults to having the climate control on, so you have to remember to turn it off.

The Leaf takes has a battery that takes 24KWh, so it works about to about 3 miles / KWh. When we leased (2012) there was a subsidy for the installation of a Blink charger.

The advantage of the Leaf is chiefly a guaranteed sticker in California for the carpool lane, but it’s also cheaper per mile. My girlfriend was paying about $100 / week in gas – so leasing the Leaf + $0.05 / mile turned out to be cheaper than gasoline’s approximately $0.22 / mile (figured at $4.50 / gallon for a 20 MPG car)

The Nissan supporting infrastructure — for example, their Leaf website and accompanying iPhone app — never seem to work. The car allegedly communicates quite a bit with the central station, but we’ve never been able to see the resulting information. The car itself is a gem, though. 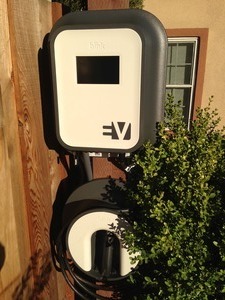 The Blink Charger has an embedded web server that can display the status of your month’s charges (that’s part of the reason for the subsidy — as I understand it they send anonymized information about your charging habits so that the government can get an understanding of electric vehicle usage).

It charges about 4KWh / hour, so to fill the car from empty would take about 6 hours. The Leaf comes with an emergency 120V charger, but that takes much longer.

Unfortunately, there was kind of a shock the first month: 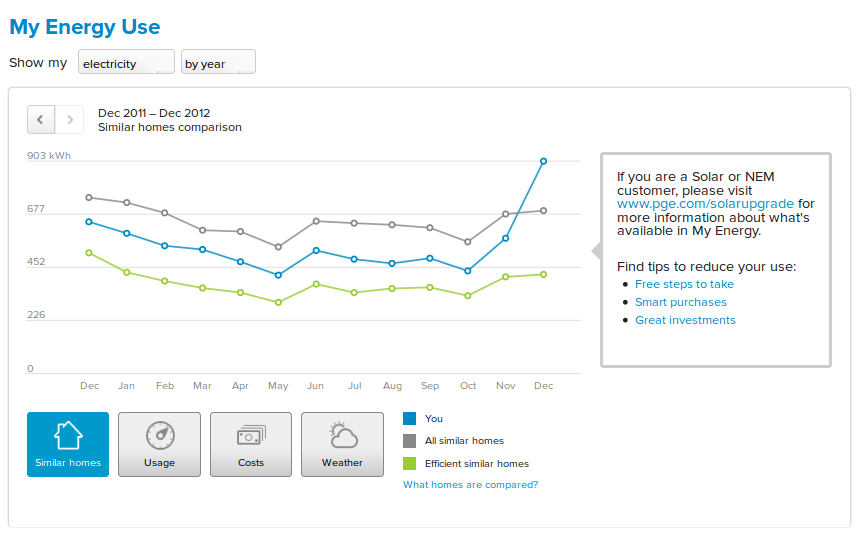 Suddenly, our electricity bill was out of sight.

I really wanted to keep track of the charging schedule on the Leaf, to make sure that was the explanation for the entire leap. I didn’t see anything on the Blink website, and was afraid that I’d have to end up reading the web page from the Blink charger and parsing it, but it turns out that it was really cleanly implemented; you can get relevant information in JSON. For example, doing a:

The other legal charging status codes are CHARGESTATUS_CHARGING and CHARGESTATUS_STOPPED (i.e., plugged in but not charging anymore).

Also, you can get the last charge details by doing:

So, armed with a cron that would just query the Blink charger every 15 minutes, I was able to build a list of charging times for the car. PG&E in our area also allows you to download hourly usage, or for those with Smart Meters, one of the status indicators shows the current power draw for the entire house: 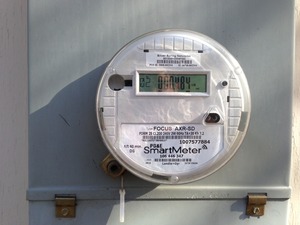 After a few linear regressions, I found out that it was mostly the Leaf, but it was also the furnace. Given an unseasonably cold winter here in California, the furnace had been on substantially more than last year — and, the furnace draws about 0.6 KWh / hour to warm the house. (This is perhaps obvious — I mean, just because it’s a gas furnace doesn’t mean the entire thing is powered by gas — but it wasn’t obvious to me until I thought about it).

Impressive how you figured all that out. This sentence, though (???): "The Leaf takes has a battery that takes 24KWh, so it works about to about 3 miles / KWh." There must be places to re-charge these cars where you live. Where I live there are none.
Reply

J.D.: Yeah, we had to have a charger put in. For a couple weeks we charged it by connecting a long extension cord to a standard 120v outlet, but it was kind of a pain and took forever to charge.
Reply
Add a comment
<< Galaxy Nexus / Jelly Bean Using mu4e >>