Google has started offering two-factor authentication for Google logins, using Google Authenticator. They have applications available for iPhone, Android, and Blackberry that give time-based passwords based on the proposed TOTP (Time-based One Time Password) draft standard.

The Google code provides a command line program that can generate secret keys as well as a PAM module, but it turns out to be very little code to authenticate a TOTP, thereby providing two-factor authentication to your website very easily.

To give the user the key, you’ll need to generate a cryptographically-secure 10 byte random key, presented to the user as a base32 16-character string. They can either enter this string directly, or you can use Google charts to provide a barcode that they can scan into the Google Authenticator application: 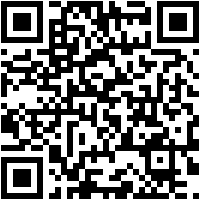 After the user has a secret key from you and has entered it into Google Authenticator either by typing it in directly or scanning in the barcode, you have to be able to verify the key during login (for example). The code to authenticate is only a few lines in Python:

Updated 2015-10-17: All snippets in this article are under CC0 1.0 Universal License. Feel free to use as long as no liability is assumed. Buy me a coffee next time you see me, if you’re feeling any latent obligation!

Really nice implementation! What about the 10 bytes generator? Can I just use os.urandom(10) (in fact: base64.b32encode(os.urandom(10)) ), or is there something more cryptographically secure? (/dev/random is really too slow). I think using a Radius server like FreeRadius and use its plugin infrastructure to authenticate using your code would be really easy, and really practical as radius plugins are very common (pam, apache module, cisco embedded, etc.) I'll try to implement it next week. Thanks, Lior
Reply

Great post! We'll be integrating some of this to support second factor auth within our web SSO. Minor nit: the "if code == code_attempt" bit didn't work for me properly until I forced both variables to be integers ("if int(code) == int(code_attempt)"). Thanks again!
Reply

@Todd Yep. The example link is missing a semicolon before the chld parameter. Add that and it's fixed.
Reply

@Todd, @James: Can you believe it was a bug in the pretty-printer? Rearranged the code for now so that it doesn't hit the bug. Thanks.
Reply

There appears to be a bug in your implementation. The problem arises when the code is less than X digits. In the reference implementation in the RFE the number is padded with preceding zeros up to a specified code length. To do this I believe you will need to convert the int to a str, and then you can use zfill like this: <code> code = str(code).zfill(code_length) </code> Then you will need to make sure that the comparison operator is working on like types, so this: <code> if code == code_attempt: </code> Should probably be changed to this: <code> if code == str(code_attempt): </code> Anyway this problem only occurs when less than code_length worth of digits is returned, it looks like in Google's case the code_length = 6.
Reply

@Erinn: Thanks, made changes to the code example.
Reply

For extra security you should make sure that every token is only accepted once. If you won't an attacker might get a 1.30 Minute time frame to login with the same code again.
Reply

Nice, that's pretty slick code. I've written the entire thing in PHP although thanks to a total lack of base32 support the code is a heck of a lot longer. http://www.idontplaydarts.com/2011/07/google-totp-two-factor-authentication-for-php/
Reply

@Todd: Argh. Thanks, fixed. Also added a copy of the image itself to the article, let's see Google break that, hah!
Reply

@Ralph: thanks very much, fixed it again.
Reply

Passing the secret tokens through a 3rd party server really doesn't sound like the right way to handle a security feature. I would just use python-qrcode to generate it locally and display it in a data uri to the user: https://github.com/lincolnloop/python-qrcode
Reply

@noah: I think you put in constants instead of the parameters. All the function does it concatenate everything, though, so if you want the URL for those parameters, it would be https://www.google.com/chart?chs=200x200&chld=M|0&cht=qr&chl=otpauth://totp/Noah@jeff%3Fsecret%3D223f546g79245ft257j74h39u
Reply

@Aaron: Yeah, it looks like Python 3.2 changed some type signatures to take bytes instead of strings. Deleting the "ord" should make it work for you -- I'll take a look tonight and find a more elegant fix that is compatible with both Python 2.x and 3.x.
Reply

Any news on porting this on Python 3? My server only runs 3.3.1 and I get an error on struct.pack: b = struct.pack("&gt;q", tm + ix) ^ (the cursor is under the last parenthesis) TabError: inconsistent use of tabs and spaces in indentation What can I do?
Reply

This a great article. I had already done these things as you specified here. What I want to implement next is the generation of backup codes (using these set of One time backup codes the user can login if the phone is not accessible). Could you please help me out by saying how to implement it..?? Thanks, Jijin George
Reply

As an alternative to using Google and NOT sending the secret to the server generating the QR code : https://qr4.tf/?brool%20%C2%A9:me@brool.com#ZVMDU4NOTXEJGGET
Reply
Add a comment
<< Hadoop Shim To Clojure Editing Wordpress Locally >>